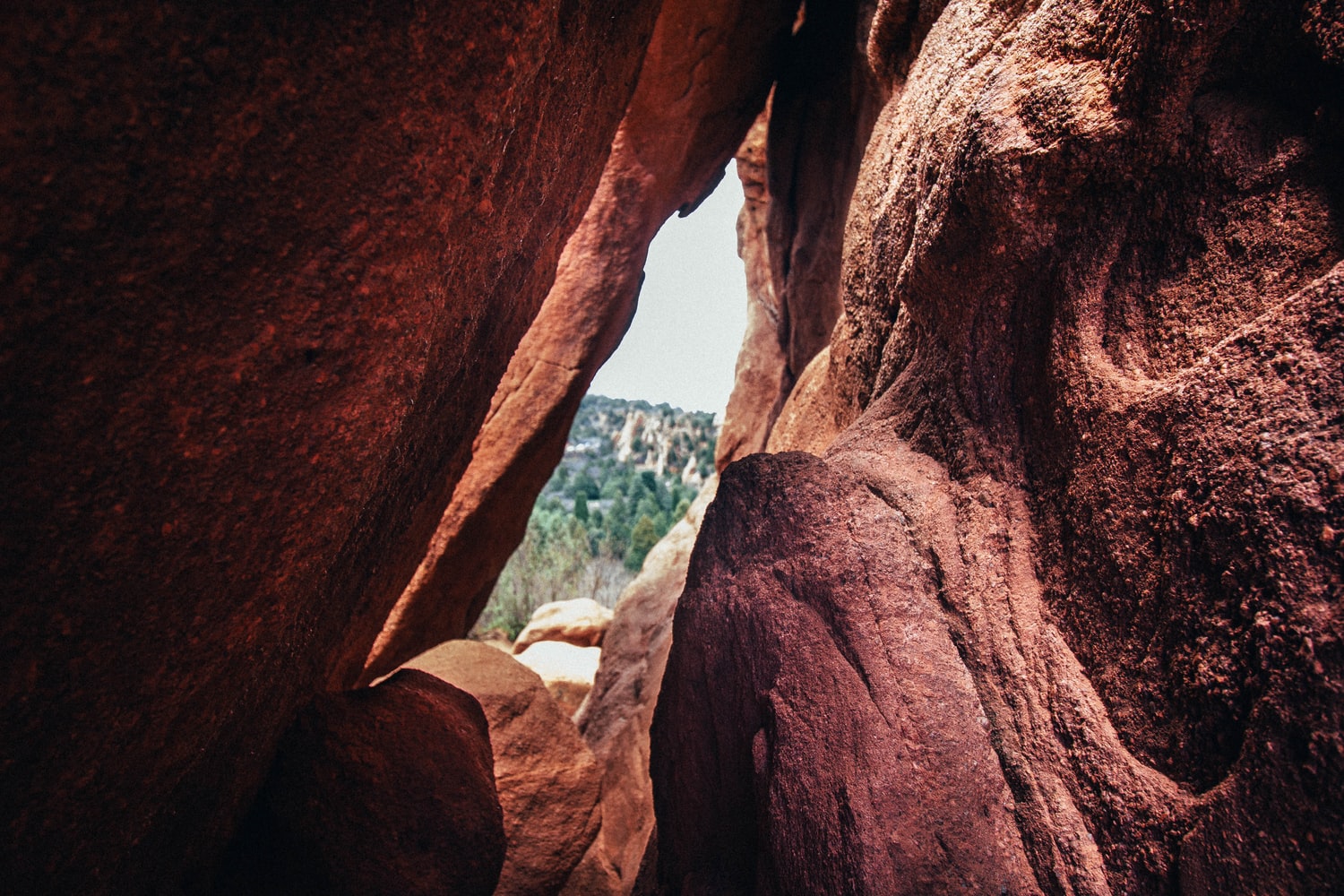 This article contains a comprehensive list of Biblical characters and the place of their burial. While the Old Testament holds plenty of references of place names of where people were buried or where they died, there is hardly any mention of burial places of characters in the New Testament. Apart from the biblical references, I have also included famous historical sites in around the areas of present day Israel that are believed to hold the tombs of these Bible characters. The keyword here to note is “believed” – no one knows with certainty if these were in fact the real burial sites, but Jews, Christians and Muslims hold these sites to be “holy” and they have been visited by pilgrims and tourists alike for many centuries.

Cave in the field of Machpelah before Mamre : Abraham, Sarah, Isaac, Rebekah, Jacob and Leah

2) Abraham
Genesis 25:7-10
7 And these are the days of the years of Abraham’s life which he lived, an hundred three score and fifteen years.
8 Then Abraham gave up the ghost, and died in a good old age, an old man, and full of years; and was gathered to his people.
9 And his sons Isaac and Ishmael buried him in the cave of Machpelah, in the field of Ephron the son of Zohar the Hittite, which is before Mamre;
10 The field which Abraham purchased of the sons of Heth: there was Abraham buried, and Sarah his wife.

3) Isaac
Genesis 35:27-29
27 And Jacob came to Isaac his father to Mamre, to the city of Arbah, which is Hebron, where Abraham and Isaac sojourned.
28 And the days of Isaac were an hundred and fourscore years.
29 And Isaac gave up the ghost, and died, and was gathered to his people, being old and full of days: and his sons Esau and Jacob buried him.

The Tomb of the Patriarchs – Hebron, Israel

The Cave of Machpelah in present day Hebron, Israel is also known as the Tomb of the Patriarchs and Matriarchs. This place near Mamre is where the patriarchs Abraham and his wife Sarah, Isaac and his wife Rebekah and Jacob and his wife Leah were buried. It is a series of caves located in the heart of the Old City of Hebron in the southern West Bank. This place is considered holy not just for the Jews and Christians but also for the Muslims who call it the Sanctuary of Abraham. The sepulchers in the cave and the outer building has passed through various hands (Jewish, Crusaders, Roman, Muslim) and has undergone multiple constructions. The wikipedia entry gives a very detailed account of this here. Today, the cave of Machpelah is inaccessible, but the area over the cave is the site of a large mosque called the Ibrahimi Mosque or, alternately, the Sanctuary of Abraham. The place is sacred to Muslims and Jews, and both groups have separate, limited access to the building. 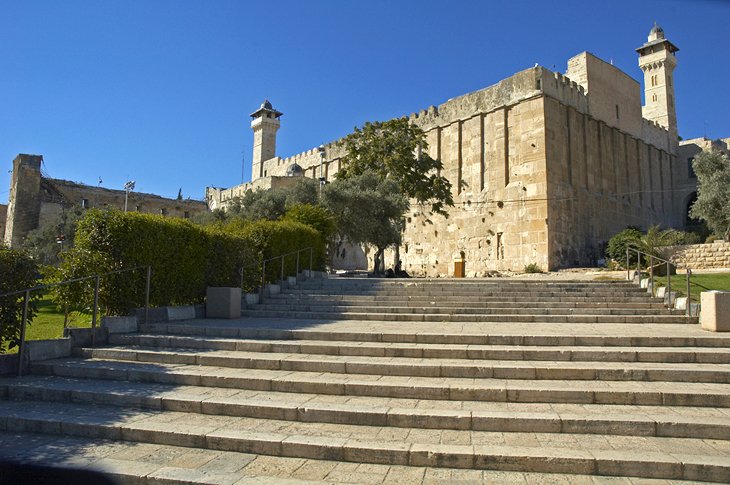 Tomb of the Patriarchs 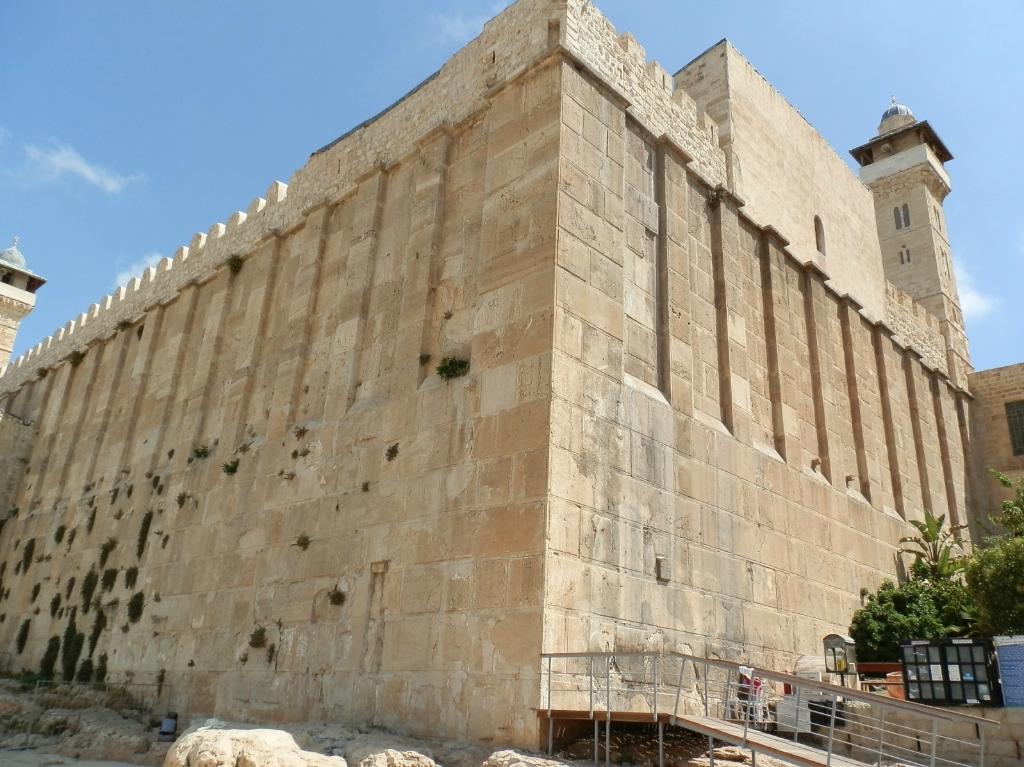 Deborah
Genesis 35:6-8
6 So Jacob came to Luz, which is in the land of Canaan, that is, Bethel, he and all the people that were with him.
7 And he built there an altar, and called the place Elbethel: because there God appeared to him, when he fled from the face of his brother.
8 But Deborah Rebekah’s nurse died, and she was buried beneath Bethel under an oak: and the name of it was called Allonbachuth.

When Jacob’s family arrives at Bethel, Rebekah’s nurse, Deborah dies and is buried under an oak tree. The name Allon-bakuth means “oak of weeping.” Deborah is a character who is introduced at her funeral and Jacob’s respectful burial of this servant is a sign of love. It is a time of transition and with Deborah, the old nurse’s death, Jacob’s puts his past to rest

Allon-bachuth : The burial place of Deborah

On the way to Ephrath, which is Bethlehem : Rachel

Tomb of Rachel or Kever Rachel

Located just outside of Bethlehem, Rachel’s tomb is where Jews believe that Rachel, the wife of Jacob and the mother of Joseph and Benjamin is buried. Called the Tomb of Rachel or Kever Rachel, the burial site is holy to Jews, Muslims and Christians. Today the tomb is fortified like a fortress, but this was not always the case – the site had been in the middle of the road open for all to see and visit for centuries. The tomb is mentioned by several Christians traveling to Israel – Church Fathers Eusebius, Jerome and Origen and by pilgrims in the 4th & 7th centuries as well as Josephus Flavius, a 1st century Roman-Jewish scholar. However only during the 12th century – Crusader period was a dome built over the tomb, supported by 4-pointed arches. In 1996, in the face of unremitting Arab attacks, Israel’s Ministry of Religion built a fortress around the tiny structure, with two guard towers, three-foot thick concrete walls and barbed wire. A detailed account of Rachel’s Tomb can be read here 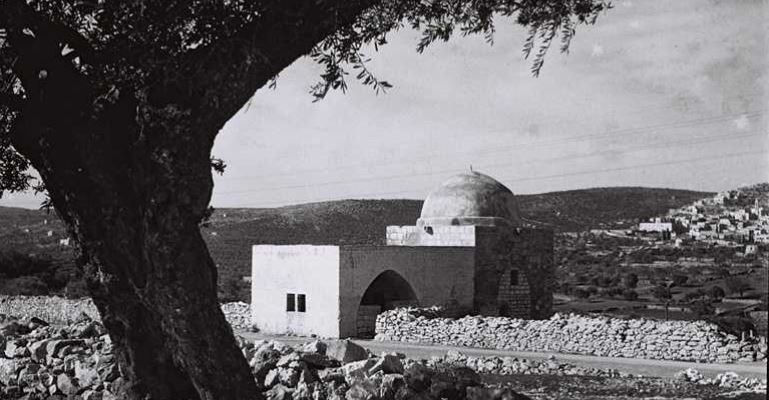 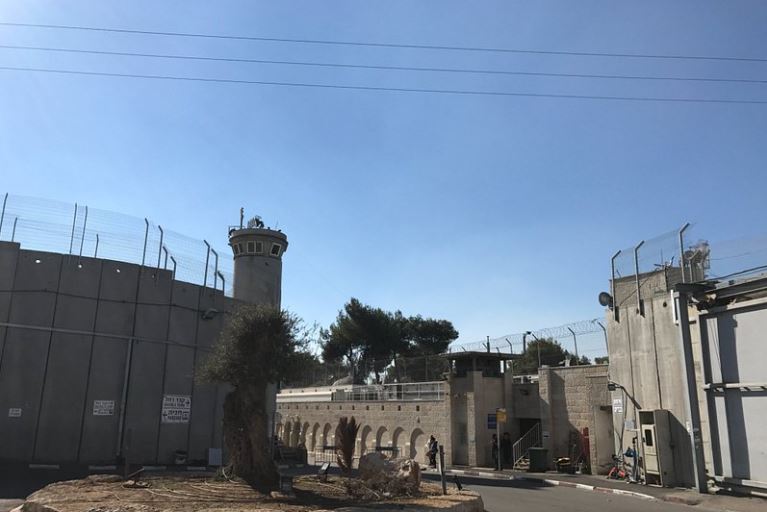 Present day fortified Rachel’s Tomb : Just the top of the dome is visible behind the barbed wire (center of the pic)

Joseph
Genesis 50:25-26
25 And Joseph took an oath of the children of Israel, saying, God will surely visit you, and you shall carry up my bones from hence.
26 So Joseph died, being an hundred and ten years old: and they embalmed him, and he was put in a coffin in Egypt.
Joshua 24:32
32 And the bones of Joseph, which the children of Israel brought up out of Egypt, buried they in Shechem, in a parcel of ground which Jacob bought of the sons of Hamor the father of Shechem for an hundred pieces of silver: and it became the inheritance of the children of Joseph.

Tomb of Yosef the Righteous or Kever Yosef ha-Tzadik
According to the Biblical account, Joseph’s remains were brought out of Egypt during the exodus by the children of Israel and were buried in Shechem which is near the present day city of Nablus. The plain one-storey is called Qabr an-Nabi Yúsuf (Tomb of the Prophet Yúsuf) in Arabic and is revered by Jews as Kever Yosef ha-Tzadik (Tomb of Yosef the Righteous). In centuries past, pious Jews regularly came to pray at the well maintained tomb. Over the past few decades however, this holy site has become a flashpoint between those who revere the site – Israeli Jews, Palestinian Muslims, Christians of all stripes, and the 600-member Samaritan community living on Mount Gerizim overlooking this West Bank city of 160,000. Joseph’s Tomb today lies entangled in the urban sprawl. The whitewashed limestone building is capped with a cupula, protected by a massive black gate and barbed wire crowns the looming walls. 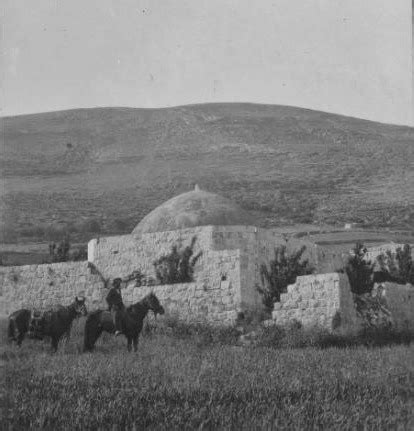 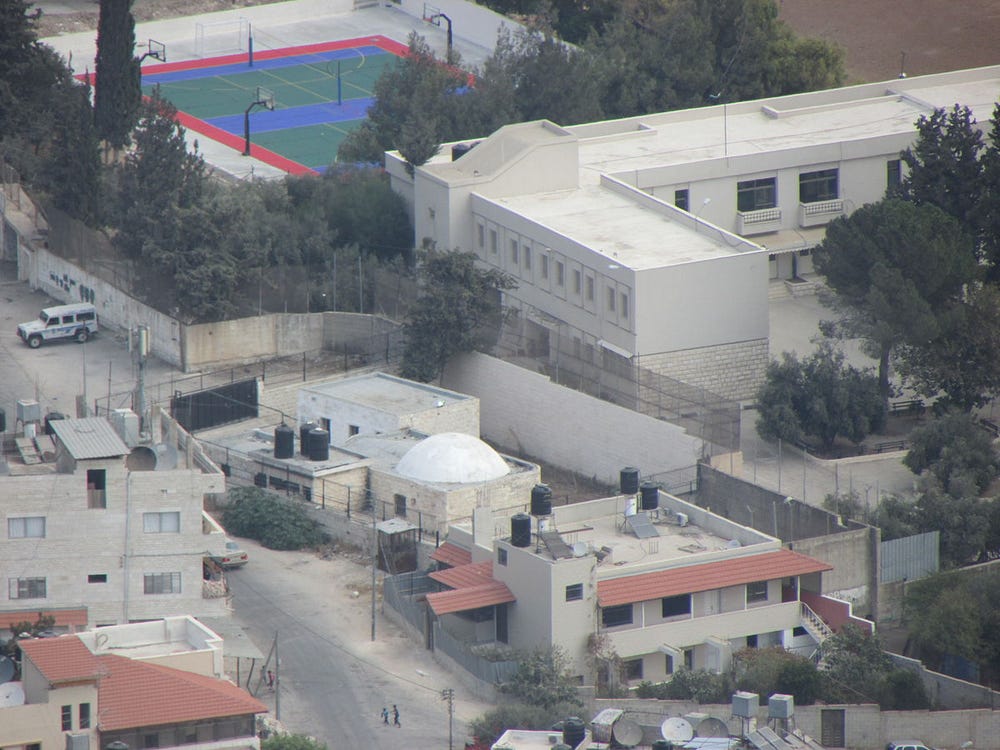 Miriam
Numbers 20:1
1 Then came the children of Israel, even the whole congregation, into the desert of Zin in the first month: and the people stayed in Kadesh; and Miriam died there, and was buried there.

The whereabouts of Kadesh
Tell el-Qudeirat / Ein el Qudeirat
According to scholarly consensus today, Tell el-Qudeirat, located in the valley of the Wadi el-Ein in the northeastern part of the Sinai Peninsula, is the best candidate for the Biblical Kadesh-Barnea. However, this universal current choice for Kadesh Barnea being at Ein el Qudeirat found on virtually all Bible maps since 1916 AD has some detractors.
Petra
Some people conclude that Kadesh Barnea is located Transjordan south of the Salt Sea at or near at Petra between El Beidha and Basta. Even though we don’t know where the present day Kadesh is located, we do know that Kadesh is where Miriam died and was buried 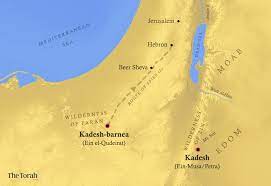 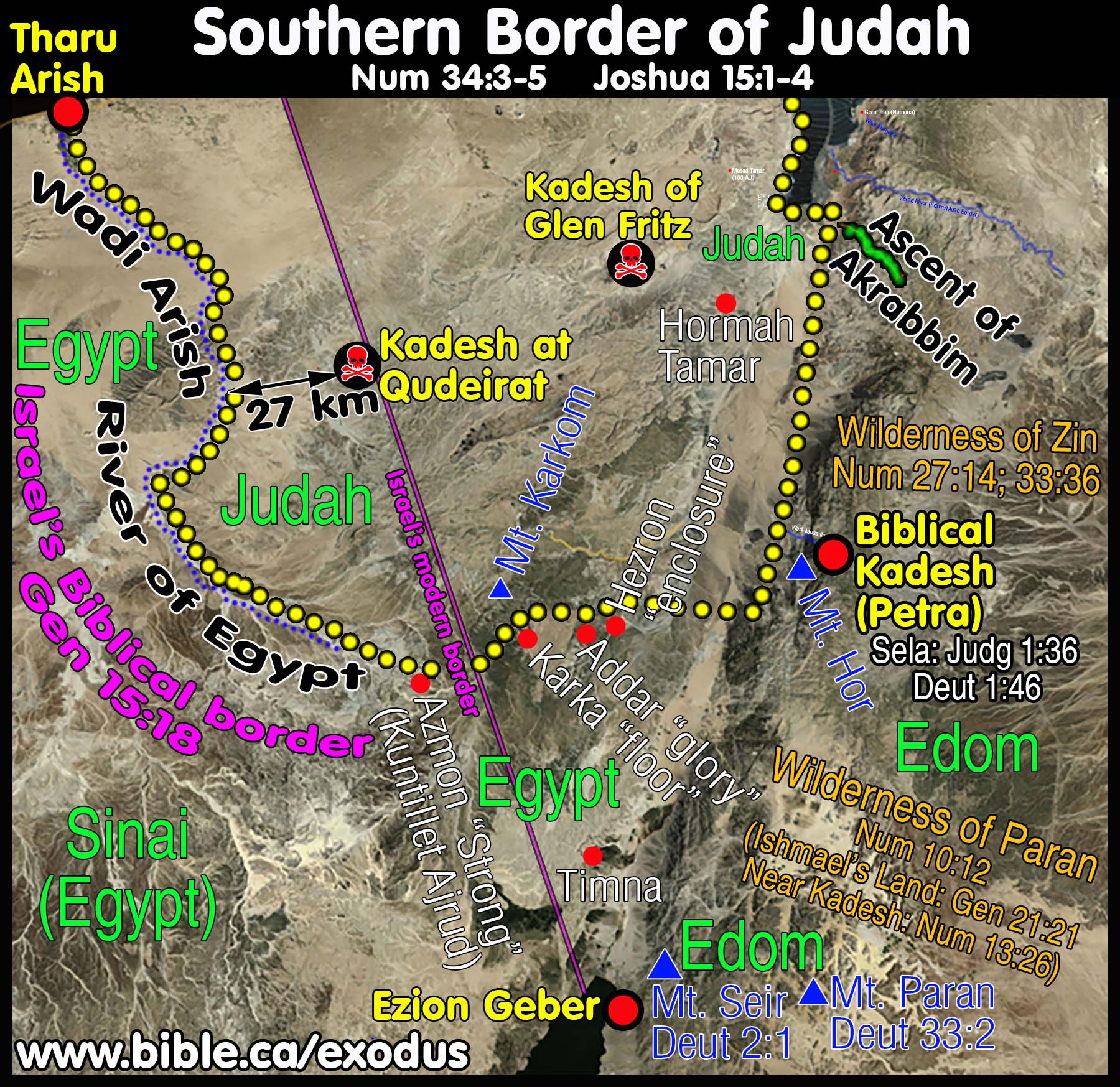 Aaron
Numbers 20:25-29
25 Take Aaron and Eleazar his son, and bring them up to mount Hor:
26 And strip Aaron of his garments, and put them on Eleazar his son: and Aaron shall be gathered to his people, and shall die there.
27 And Moses did as the LORD commanded: and they went up into mount Hor in the sight of all the congregation.
28 And Moses stripped Aaron of his garments, and put them on Eleazar his son; and Aaron died there in the top of the mount: and Moses and Eleazar came down from the mount.
29 And when all the congregation saw that Aaron was dead, they mourned for Aaron thirty days, even all the house of Israel.
Numbers 33:38-39
38 And Aaron the priest went up into mount Hor at the commandment of the LORD, and died there, in the fortieth year after the children of Israel were come out of the land of Egypt, in the first day of the fifth month.
39 And Aaron was an hundred and twenty and three years old when he died in mount Hor.
Deuteronomy 10:6
6 And the children of Israel took their journey from Beeroth of the children of Jaakan to Mosera: there Aaron died, and there he was buried; and Eleazar his son ministered in the priest’s office in his stead.

The whereabouts of Mount Hor
Mountain of Aaron or Jebel Haroun
Jebel Haroun or literally, “the Mountain of Aaron” is believed to be Mt.Hor and is located at present day Petra, Jordan. The oldest historical record of the location of Mt. Hor is provided by Josephus, who located it at Petra. Maps up until 1831 AD located both Kadesh Barnea (Where Miriam is believed to have died) and Mt. Hor at or near Petra. At the summit of Jebel Haroun, the Muslims in the 14th century constructed a mosque to commemorate the grave of Aaron and today it is called the Tomb of Aaron. Recently, archaeological explorations on the peak of Jabal Haroun in the twentieth-century uncovered evidence for the existence of an early Christian church at the place where the Muslim shrine (weli) is presently located. This site at Jabal Harun or Haroun is occasionally visited by both Jewish pilgrims and Muslims.
Jebel Maderah
However, from 1881 to the present time, Jebel Maderah (also spelled Madherah) has been the choice for Mt. Hor by those who believe that Kadesh is at Ein el-Qudeirat. Jebel Maderah lies three miles southwest of the junction of the wadies Yemen and Fikreh. 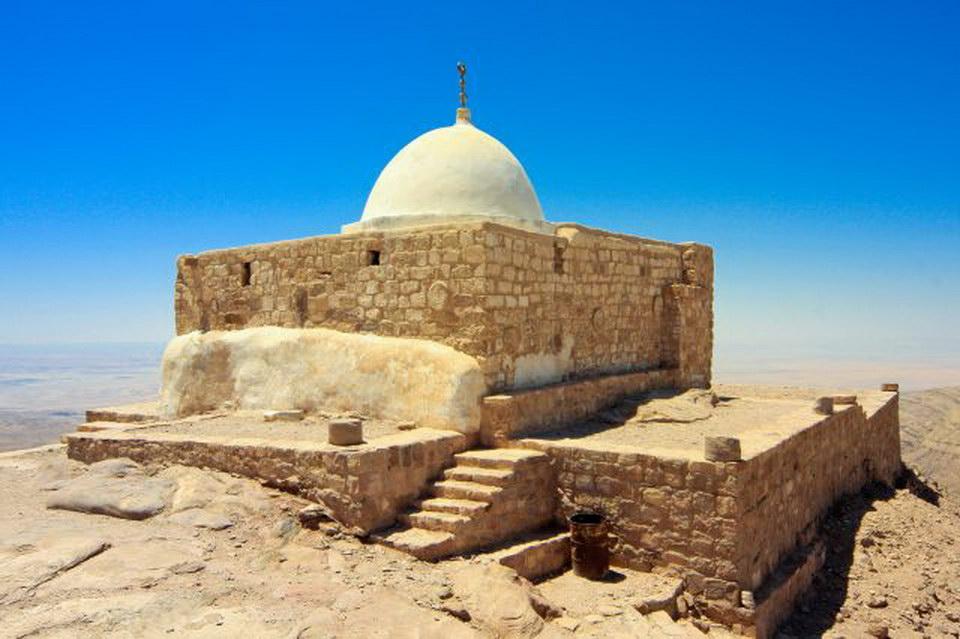 The Tomb of Aaron on the summit of Jebel Haroun located at Petra, Jordan – believed to be Mount Hor 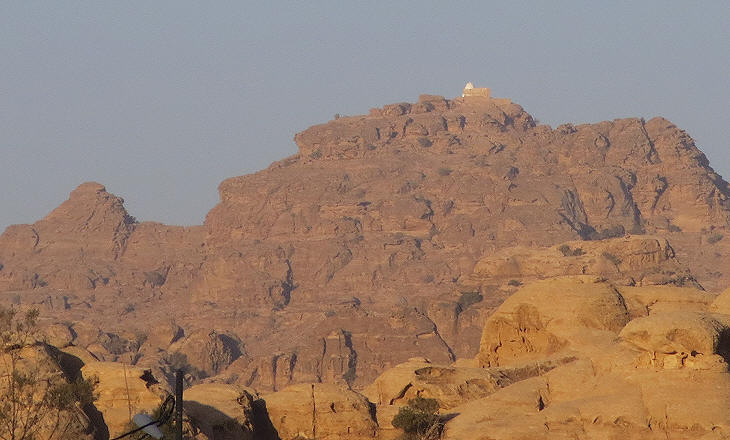 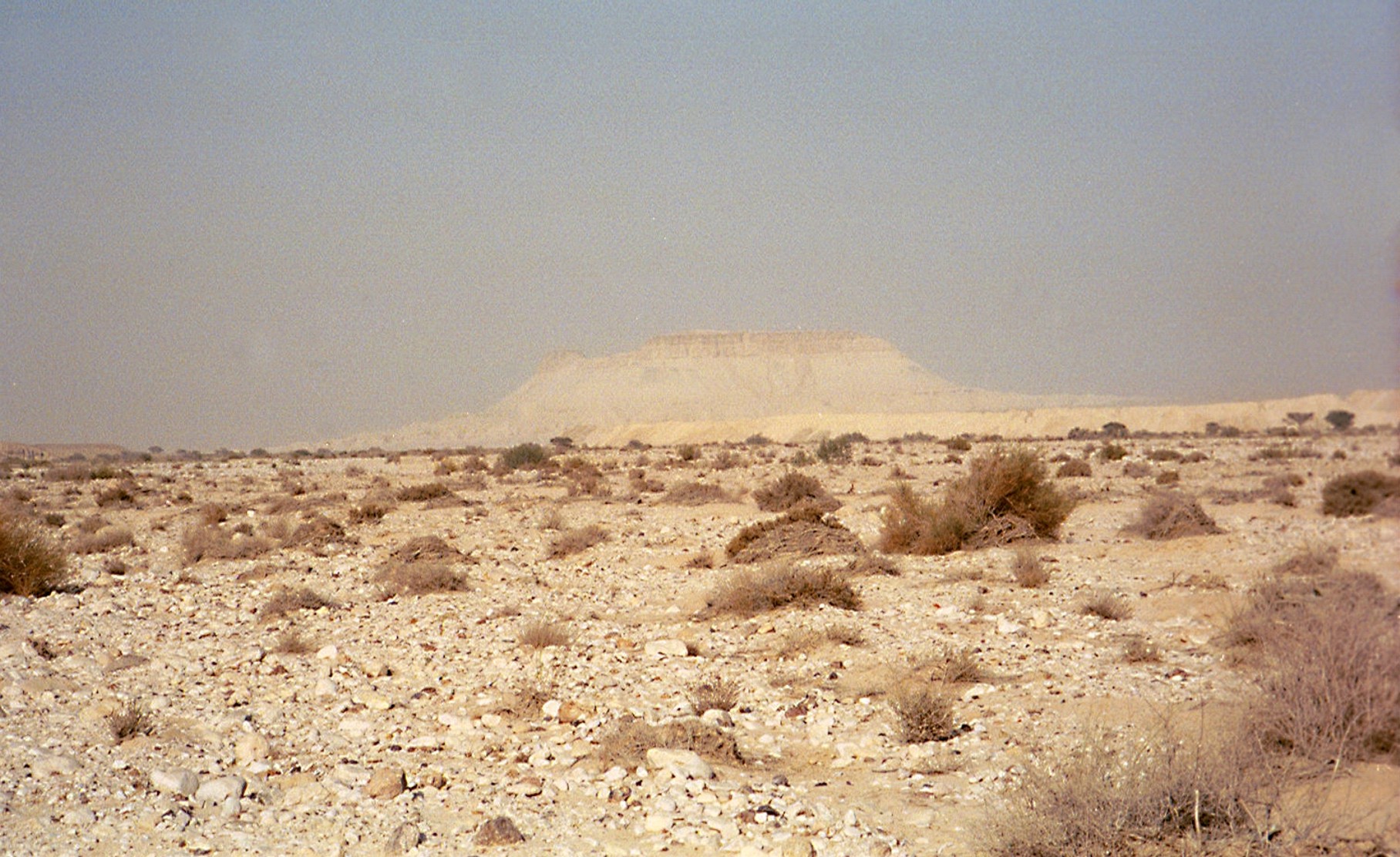 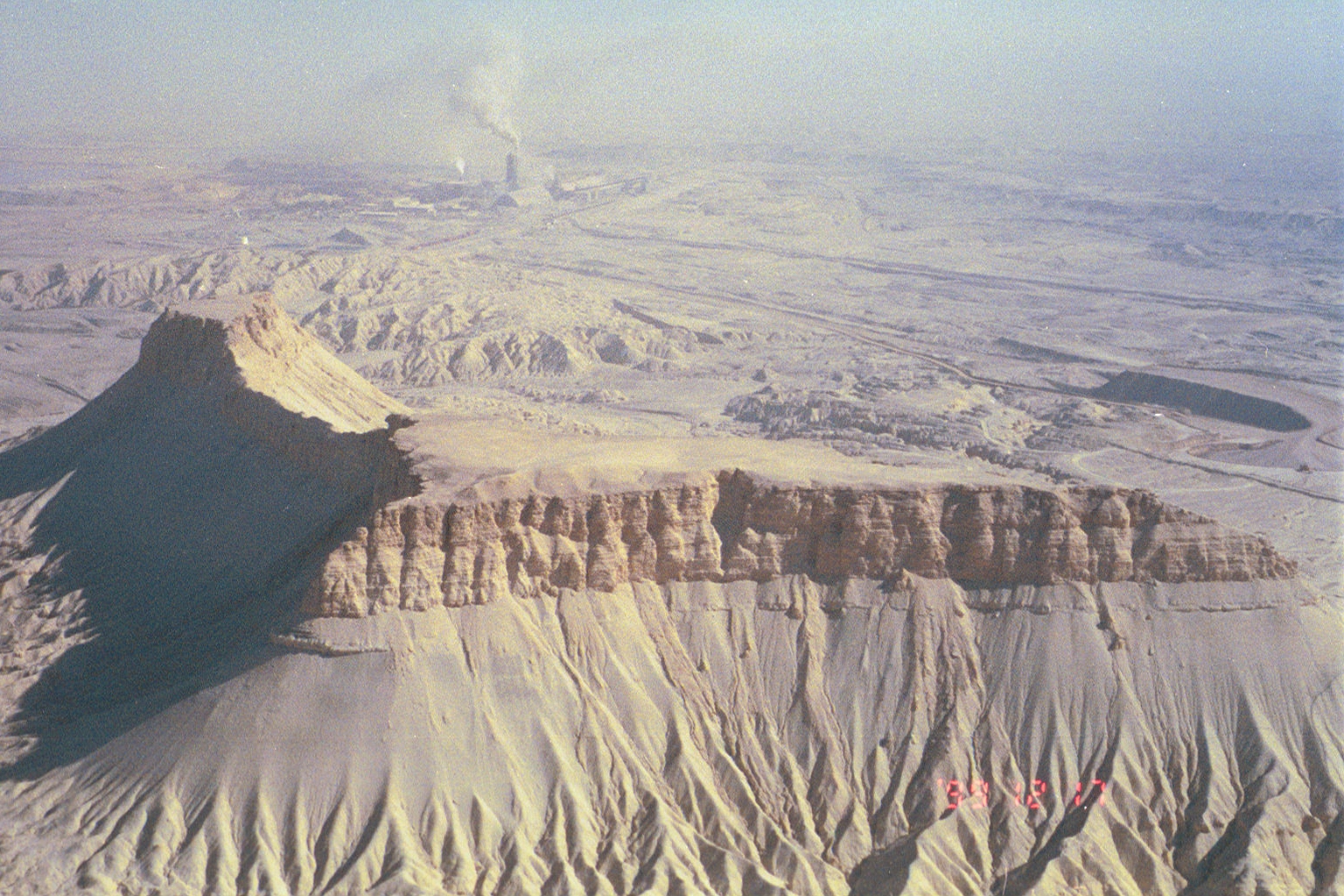 Moses
Deuteronomy 32:48-50
48 And the LORD spoke to Moses that selfsame day, saying,
49 Get you up into this mountain Abarim, to mount Nebo, which is in the land of Moab, that is over against Jericho; and behold the land of Canaan, which I give to the children of Israel for a possession:
50 And die in the mount where you go up, and be gathered to your people; as Aaron your brother died in mount Hor, and was gathered to his people:
Deuteronomy 34:5-8
5 So Moses the servant of the LORD died there in the land of Moab, according to the word of the LORD.
6 And he buried him in a valley in the land of Moab, over against Bethpeor: but no man knows of his sepulcher to this day.
7 And Moses was an hundred and twenty years old when he died: his eye was not dim, nor his natural force abated.
8 And the children of Israel wept for Moses in the plains of Moab thirty days: so the days of weeping and mourning for Moses were ended.

Mount Nebo located at Jordan
Moses is said to have seen Caanan, the promised land, a land he himself was forbidden to enter, from the top of Mount Nebo which was located in the land of Moab. It’s believed that he died aged 120 and was later buried in a valley in the land of Moab and no man knows where he lies buried unto this day. Today, Mount Nebo is considered one of Jordan’s most holiest sites. At over 700 meters above the valley below, Mount Nebo offers visitors some truly stunning views across the Promised Land – one can see views of the Dead Sea, the Jordan River, the West Bank and on clear days, even Jericho and Jerusalem. 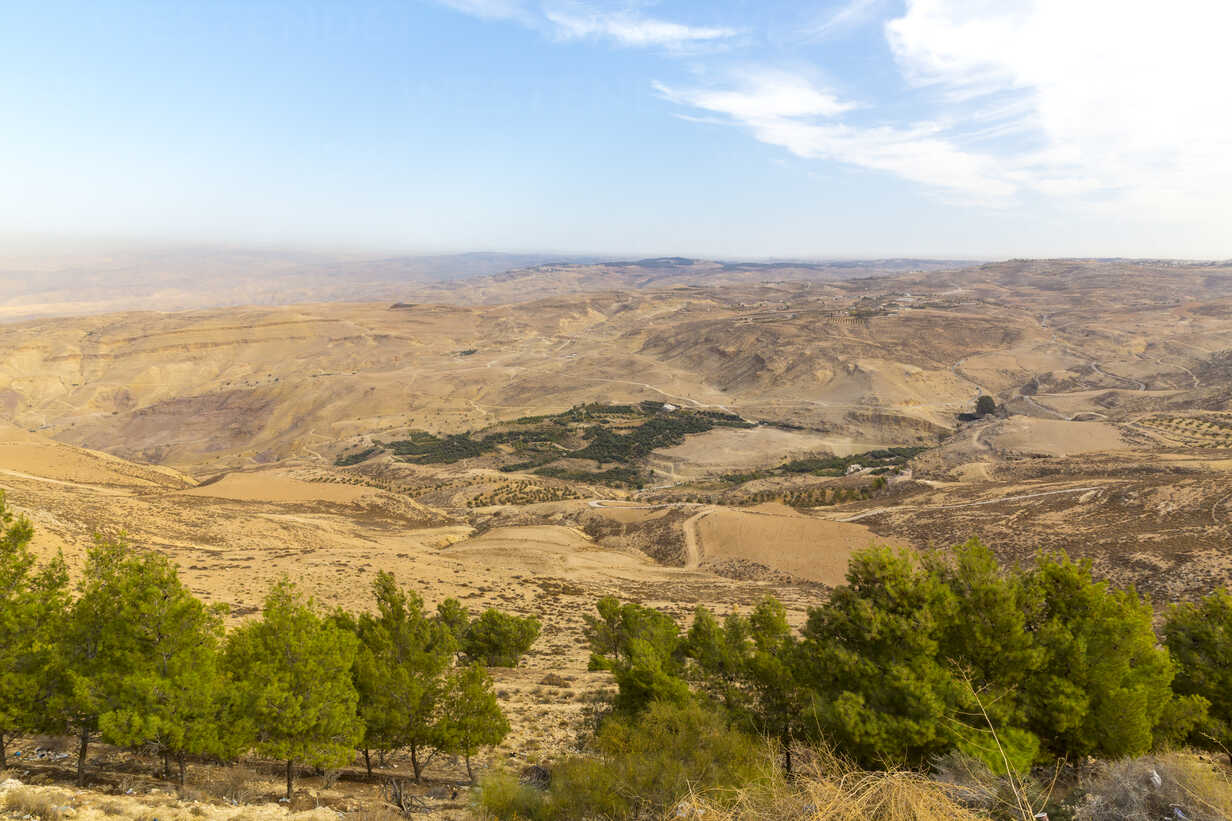 View of the Jordan landscape from the top of Mount Nebo